365 Devotionals: From David to Exile

But be ye doers of the word, and not hearers only, deceiving your own selves. James 1:22 AMP

From The Seeds of Promise Devotional Series by Shenica R. Graham

Memory Verse: They are to stand every morning to thank and praise the Lord, and likewise at evening… I Chronicles 23:30 AMP

Video of The Day

Consider a man who had been praying for a new job. He went to a shopping mall to buy shoes. He found a pair that he liked, which fit him well. He looked inside the right shoe and saw the price sticker: $65.00. He wore both shoes, then stood and walked a short distance. He decided that the shoes were worth the price. He went to the checkout counter to purchase the shoes. He did not try to bargain with the store clerk, to pay a lesser price. When God asked the man to truly follow Him, he said that life was too short for all of those limitations – stop drinking, stop smoking, stop having premarital sex, stop using profane language, stop lying to his boss when he calls in sick though he is well…

Is anyone like this man with God, who will gladly pay a price for shoes, but haggle with God for salvation?

Everything worth having has a price. It is so too with eternal life. We like to say that salvation is free; yet it is so for us because Christ already paid the full price (John 3:16, I John 2:2).

In today’s reading, David intended to offer a sacrifice to the Lord as penitence for backsliding concerning the people of Israel. In I Chronicles 21:1-2, we read that Satan tempted David to lay a census on the people; and David did so. When God showed his displeasure at the deed, David repented of the evil. God’s wrath was poured out and many lives were lost. To repair the breach that David had made, God commanded David to meet with a man named Ornan, a Jebusite, on whose land The Angel of The Lord stood. David was to build an altar there unto the Lord.

When David sought to purchase the land on which to build the alter, (I Chronicles 21:22) Ornan and his sons had seen the Angel of the Lord and were frightened. Ornan told David that he could have whatever was there at the [wheat] threshing floor where The Angel of The Lord Stood (I Chronicles 21:23). David could have taken Ornan’s offer and built the alter without paying for it. It was the right location – according to God’s commandment; it was offered with the tools thereon – making David’s work easier to accomplish; but David knew better than to use someone else’s tools. He had learned this lesson long before the meeting with Ornan.

After David was anointed king and when he went up to fight against the Philistine, Goliath, who mocked and prodded the people of God, David did not wear unproved amour, or use another soldier’s spear. David chose his staff of a shepherd’s vocation and his sling with five smooth stones. David was the tool of God, and David’s tools were those that God had anointed for his hand. When God gives you a talent, it has a purpose. When you have an opportunity to fulfill your purpose, it is your responsibility to put to work the tools He has given. With His tools, He will also train you in their use if you be a willing student.

David could not afford to take the risk of compounding his sin by taking what did not belong to him, and using it to fulfill the commandment of God.

24 And king David said to Ornan, Nay; but I will verily buy it for the full price: for I will not take that which is thine for the LORD, nor offer burnt offerings without cost. 25 So David gave to Ornan for the place six hundred shekels of gold by weight. 26 And David built there an altar unto the LORD, and offered burnt offerings and peace offerings, and called upon the LORD; and he answered him from heaven by fire upon the altar of burnt offering. 27 And the LORD commanded the angel; and he put up his sword again into the sheath thereof.

We may not face the sword of the Lord when we go to the shopping mall. We might look for a sale when we want to buy shoes. And we may even be the recipients of mercy that we cannot buy. Yet when we go before God to inquire of Him anything, we should bring a full-price offering, whether the sacrifice of praise, or the song of thanksgiving, or the oil of joy, or the prayer of repentance, or the tithe of all, or any such thing – that we may not grieve our advocate (I John 2:1, John 14:26 NIV); and that we may go boldly to the throne of grace (Hebrews 4:16).

One thought on “Full Price” 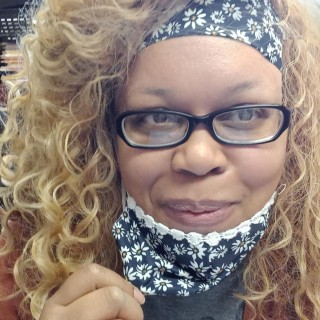